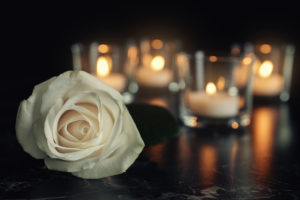 What should I do when a death occurs?

If a relative dies at home the next steps depend on whether the death was sudden or expected.

Once death has been confirmed the Funeral Director should be called.

In the case of a sudden death the Coroner may decide the Deceased cannot be moved from the home. They may request that a particular Funeral Director under contract to the Coroner’s Service be called to remove the body to the local hospital for post mortem. It is important to note that in this case, the family may utilise an alternative Funeral Director to make the funeral arrangements for them.

If the death is unexpected, the first call should be made to the Deceased’s G.P. who was attending during his or her last illness. The GP may advise that the family contact their nearest Garda Station, as the Gardaí may wish to contact the Coroner. If contacting the GP out of hours normally a number for an out of hours/locum doctor will be given; once contacted they will arrange for a doctor to call to the house. the Funeral Director should be contacted at this stage.

In the event of any death at home the family may also wish to contact a Priest or Minister of their faith.

If a relative dies in Hospital/Hospice or Nursing Home.

Normally a doctor will be in attendance or called to confirm death. The doctor and/or staff will confirm to you whether or not a post mortem examination will be required. In most instances, this will not be necessary and you are free to telephone a Funeral Director to make funeral arrangements.

Who is the Coroner and what does he/she do?

The Coroner is an independent official with responsibility under the law for the medicolegal investigation of certain deaths. The Coroner must enquire into the circumstances of sudden, unexplained, violent and unnatural deaths. This may require a post-mortem examination, sometimes followed by an inquest. The Coroner’s inquiry is concerned with establishing whether or not death was due to natural or unnatural causes. If a death was due to unnatural causes, then an inquest must be held by law.

When a death occurs suddenly or unexpectedly or is due to some unnatural cause, the death must be reported to the Coroner. What is a Post-Mortem?

The post-mortem examination (autopsy) is a procedure to establish the cause of death. The procedure is carried out professionally by a pathologist and should result in no disfigurement of the body, which would affect subsequent viewing by the family, or friends of the Deceased.

What deaths must be reported to the Coroner

In general, causes of death that are notifiable to the Coroner are death as a result of any of the following:

Who is responsible for making funeral arrangements?

Funeral arrangements are usually made by the immediate family of the Deceased. They may have left specific instructions about where to be buried or cremated and what form the funeral service should take. Most people respect the Deceased’s wishes where possible.

What happens if a death occurs abroad?

When someone dies abroad, particularly if the death was sudden or unexpected, it can be difficult to know how to deal with the situation. Every country has its own rules about the formalities to be followed when someone dies. If the death of an Irish citizen is notified to the Irish embassy or consulate abroad, the Garda Síochána in Ireland are asked to notify any family or next of kin in Ireland. The embassy/consulate can also help communicate with the police or other authorities abroad.

The following procedures will be typically be carried out regardless of the location of the death:

How is the cost of a funeral calculated?

Funerals can vary greatly in cost, depending on all the different elements and choices made by the family. Basically, the funeral costs can be broken into two types, the fee charged by the Funeral Director, and the Third Party Payments made on your behalf by the Undertaker to the various bodies involved like the Church, the County Councils in charge of the Graves, the Crematoriums. A list of typical charges you may expect when arranging a funeral is available on our Funeral Costs Page.

What is Embalming and why is it done?

Embalming combines the sanitisation and preservation of the body. Embalming is a very effective way of slowing down the body’s decomposition process, so that the body is preserved until the burial or cremation has taken place. It involves the injection of a treated solution into the circulatory system. Embalming enables us to present the Deceased to relatives for viewing, in as close a life- like appearance as possible, making their last memory of the Deceased as pleasant as possible.

Why do I have to register the death?

It is a legal requirement in Ireland that every death that takes place in the State must be recorded and registered. Records of deaths in Ireland are held in the General Register Office, which is the central civil repository for records relating to Births, Marriages and Deaths in Ireland. You can apply for a copy of a death certificate to any Registrar of Births, Marriages and Death or to the General Register Office.

What do I need to register the death?

In order to register a death, a Qualified Informant must bring to the Registrar’s Office a copy of the Death Notification Form (DNF). Please note that HSE documents in relation to death registration refer to their own DNF Form incorrectly as a Death Registration Form (DRF). In addition, the Informant must provide certain information required for registration.

The following are required to register a death:

We use cookies on our website to give you the most relevant experience by remembering your preferences. By clicking “Accept”, you consent to the use of cookies in the following categories: functional, performance and targeting. We also share information about your use of our site with our social media, advertising and analytics partners.
Cookie settingsACCEPT
Manage consent

This website uses cookies to improve your experience while you navigate through the website. Out of these, the cookies that are categorized as necessary are stored on your browser as they are essential for the working of basic functionalities of the website. We also use third-party cookies that help us analyze and understand how you use this website. These cookies will be stored in your browser only with your consent. You also have the option to opt-out of these cookies. But opting out of some of these cookies may affect your browsing experience.
Necessary Always Enabled

Any cookies that may not be particularly necessary for the website to function and is used specifically to collect user personal data via analytics, ads, other embedded contents are termed as non-necessary cookies. It is mandatory to procure user consent prior to running these cookies on your website.