Kieran Bros Funeral Care was formed in 1954 by brothers Tom and Tony Kieran who came from Magheracloone, Carrickmacross, Co Monaghan to set up their business in Kingscourt. For seven decades Tony Kieran has been providing funeral directing services in the town of Kingscourt and surrounding areas.

Over these years Tony has observed much change in funeral service and has adopted the business to meet changing technologies and the ever-changing needs of customers. For example in 1954 before the invention of email and fax, all funeral notices for newspapers were given verbally to newspaper staff after waiting in a long queue (over the phone) to speak with one of their agents. Today funeral notices can be sent by email from mobile phones to all relevant newspapers, websites and radio stations simultaneously in a matter of seconds. Funeral directors in the nineteen fifties were expected by their customers to organize a selection of stout, beer and cigarettes for visitors to a “wake house”. Fast forward to 2014 and the practice of serving alcohol at a “traditional” Irish Wake is almost unheard of and instead, a funeral director is more likely to now to have to organize gluten-free sandwiches rather than Guinness. 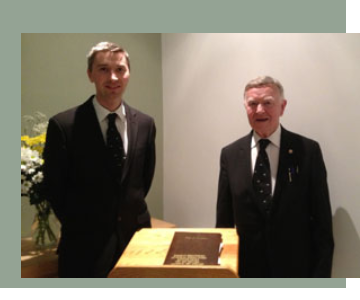 Tony’s son Colm joined the business on a full-time basis in 2011 having worked in many aspects of the business from an early age. Colm graduated as a Civil Engineer and in 2003 and has worked in the various types of services industries for over 15 years providing project management services for companies of various sizes, local authorities, and multinationals. Colm has overseen the construction of the Kieran Bros. Funeral Home in Hall Street, Kingscourt as well as the rebranding of the company to Kieran Bros Funeral Care.

In 2013 Colm achieved the FETAC Level 5 “Certificate in Funeral Practice” qualification. This course designed & delivered by the Irish Association of Funeral Directors (IAFD) to provide a combination of formal classroom & practical based training to meet the needs of Funeral Directors.

In 2014 Colm joined the board of directors of the Irish Association of Funeral Directors where he became involved in their education and communications committees. From 2015 to 2018 Colm acted as spokesperson for this national association and continues to be involved as a tutor in the delivery of their education courses to funeral directors across Ireland.

We’re there when you need us, 24 hours every day.

When you contact Kieran Bros Funeral Care to organise a funeral, we’ll arrange a time to come and visit you, or for you to visit us, whichever suits you best. In that conversation, we’ll talk about the service that we provide and your options for organising a funeral.

After discussing your requirements, we will arrange the funeral you want, taking on the responsibility for organising every aspect of the event and delivering it to the highest professional standards.

A lot goes into planning a funeral, and at such a difficult time we want to help make the process as simple as possible, and support you and your arrangements the very best we can.

There are three main parts to the service that we provide to you;

It’s hard to know what to do when someone dies. If you have just experienced the death of a loved one, know that we are ready to assist you in any way we can.

Colm Kieran being presented with his “Certificate in Funeral Planning” award

The course is designed to give formal training around the areas of; 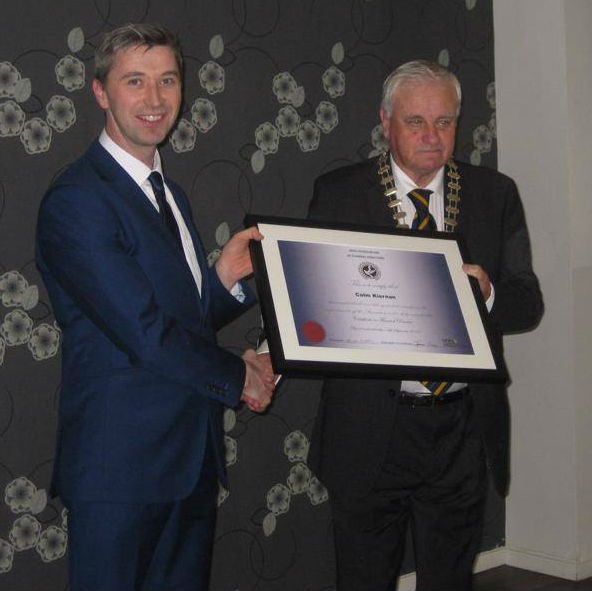 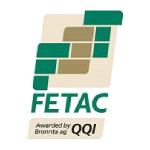 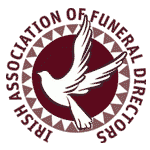 Kieran Bros. Funeral cares are members of the Irish Association of Funeral Directors (IAFD) and Colm Kieran was appointed to the board of directors of this association in the Spring of 2014. Colm is involved in the education and public relations committees of the IAFD.