Today, all of the Christian denominations, including Roman Catholic Church and the Church of Ireland, allow cremation. It is also the normal Glasnevin Crematoiummethod used by practically all Eastern religious sects for disposing of human remains after death. Orthodox Judaism and Islam forbid cremation.Approximately 8% of funeral services in the Republic of Ireland now choose Cremation with that figure increasing to 10% in Northern Ireland. There are now three Crematoria in Dublin – Glasnevin, Mount Jerome and Newlands Cross as well as Roselawn in Belfast. 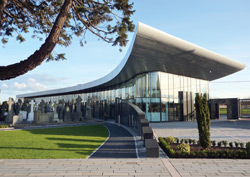 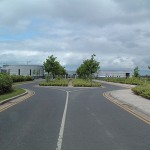 Before cremation, forms must be signed by a medical referee who must be satisfied that the attending doctor viewed the body before and after death, completed the medical certificate and the necessary form stating that there is no reason why the body should not be cremated. The attending doctor is required to examine whether or not the death should be notified to the Coroner. There may be difficulties arranging an immediate cremation if the cause of death is not clear. A Coroner may, in this case, complete a Coroner’s Cremation Certificate. In some cases, a Garda Superintendent has the power to stop a cremation. 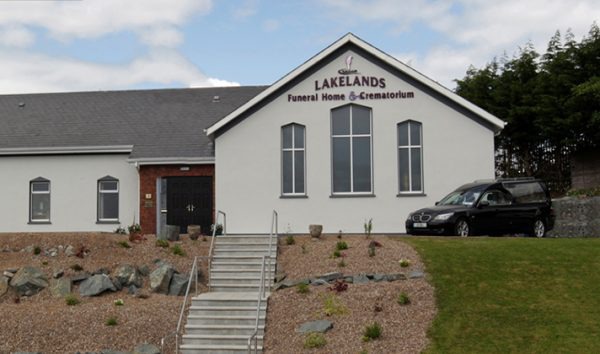 Cremation is similar to burials and it is usual to hold an appropriate service in your local church or place of worship. The coffin is then removed to the chapel in the crematorium grounds, where a short committal service takes place (similar to that at the graveside). The mourners take their seats in the chapel. The coffin is then brought into the chapel and the service begins. The coffin will be placed in a position for everyone to view. The chosen service will commence. It may include hymns, songs, prayers, and eulogies.

Towards the end of the service, curtains will be drawn and the coffin will be hidden from view.

At the end of the service, the coffin is moved into the committal room and the mourners leave.

Today, all of the Christian denominations, including the Roman Catholic Church and the Church of Ireland, allow cremation. It is also the normal method used by practically all Eastern religious sects for disposing of human remains after death. Orthodox Judaism and Islam forbid cremation.

Each cremator is only large enough to take one coffin. When a cremation has finished the cremated remains are placed into an individually identified container. For further reassurance family members may observe the cremation taking place or nominate a person to do so on their behalf.

The ashes are typically available within 3 to 4 working days after the cremation. You can make arrangements through the funeral director or the crematorium to organize the collection of the ashes.

The remains are sometimes buried in the crematorium’s garden of remembrance or placed in a niche in a columbarium wall if there is one. (A columbarium wall is a structure containing small spaces where you can place cremated remains in urns, etc.).

Alternatively, the ashes can be removed in an urn which can be supplied by the funeral director or the crematorium. You can then bury the remains in the family grave or disperse them. If the dispersal is not on private ground, permission should be obtained from the appropriate authority, for example, the local authority.

We use cookies on our website to give you the most relevant experience by remembering your preferences. By clicking “Accept”, you consent to the use of cookies in the following categories: functional, performance and targeting. We also share information about your use of our site with our social media, advertising and analytics partners.
Cookie settingsACCEPT
Manage consent

This website uses cookies to improve your experience while you navigate through the website. Out of these, the cookies that are categorized as necessary are stored on your browser as they are essential for the working of basic functionalities of the website. We also use third-party cookies that help us analyze and understand how you use this website. These cookies will be stored in your browser only with your consent. You also have the option to opt-out of these cookies. But opting out of some of these cookies may affect your browsing experience.
Necessary Always Enabled

Any cookies that may not be particularly necessary for the website to function and is used specifically to collect user personal data via analytics, ads, other embedded contents are termed as non-necessary cookies. It is mandatory to procure user consent prior to running these cookies on your website.